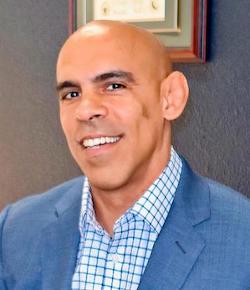 Ken is originally from Yardley, Pennsylvania, just north of Philadelphia. Ken graduated from the Dickinson School of Law in 2004. Shortly thereafter Ken clerked for the Honorable Ronald E. Vican in Monroe County. Ken went on to do contract work in the Philadelphia/Delaware region, doing projects for Morgan Lewis, Dechert, among other notable law firms.

Ken stepped away from the legal profession for a few years and entered the fitness industry, working as a copywriter and membership site creator for a few large companies, one of which he helped become a 7-figure company.

This past year Ken came back to the legal profession and has been working in Immigration. Ken has experience with waivers, visas and asylum matters among other areas.

Ken speaks Russian, Portuguese and Spanish at an intermediate level of proficiency. He was a Division I wrestler in college and holds a black belt in Brazilian Jiu Jitsu. Notably, he has been a Special Olympics volunteer for several years.

Ken is a member of the Pennsylvania Bar.