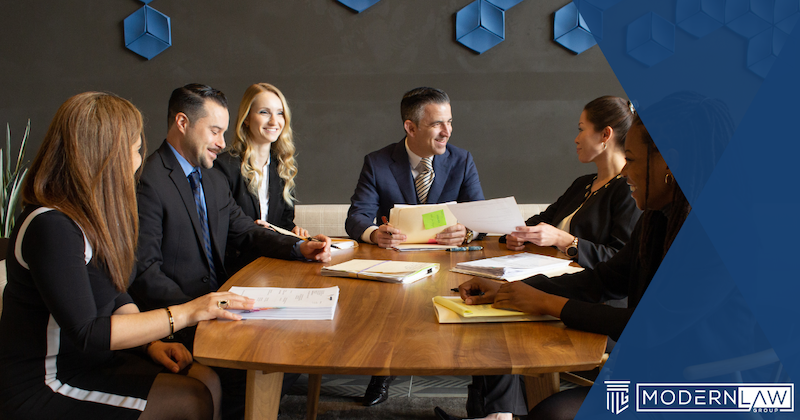 Immigrating to the United States can be a complex process – and it's one punctuated by filling out and filing forms to submit to U.S. Citizenship and Immigration Services, participating in immigration interviews, and submitting biometric data (such as fingerprints and signatures) to the U.S. government. For many people, the best way to open and handle an immigration case is to work with a Dallas immigration attorney who can cut through the red tape and simplify the whole process.

Working With a Dallas Immigration Attorney

When you work with an immigration attorney in Dallas, you get the peace of mind you need. You don't have to lose sleep over whether you filled out a form correctly (or even filed the correct form), because your lawyer handles all the heavy lifting for you. Your attorney can also help you prepare for your immigration interview, explain things like the citizenship test and determine what types of evidence you should submit to USCIS to support your immigration petition.

Your Dallas immigration attorney can help you with a wide range of immigration cases, from family immigration and green cards to citizenship, asylum and business visas.

Working With a Dallas Immigration Lawyer for Fiancé and Marriage Visas

When a U.S. citizen wants to marry – or has already married – a foreign national, a fiancé visa or marriage visa may be necessary. Many people choose to work with a Dallas immigration lawyer to get either of these types of visas.

Fiancé visas (formally called K-1 visas) allow the fiancé of a U.S. citizen to travel to the United States to get married. Only a U.S. citizen can petition the government for this type of visa; the foreign fiancé cannot. If the government grants someone a fiancé visa, the U.S. citizen and sponsored fiancé must marry within 90 days of arrival in the United States. After the couple marries, the foreign spouse can apply for lawful permanent residency and get a green card.

Marriage visas are actually K-3 visas, and they're only available to spouses of American citizens. These visas allow spouses to enter the U.S. and receive permanent residency here. If you're both already in the United States, you don't need a marriage visa; the foreign spouse only needs to apply for adjustment of status and become a lawful permanent resident.

Obtaining Lawful Permanent Residency and Getting a Green Card

If you'd like to get a green card in the U.S., or if you'd like to help a family member obtain one, your best bet may be to work with a Dallas immigration attorney who can map out the process for you. Whether you're outside the U.S. and eyeing opportunities to get a visa to come to the States or you're currently in the U.S. and would like to become a lawful permanent resident, working with an attorney can help.

Becoming a U.S. citizen is a long process that requires you to first be a lawful permanent resident. For many people, it makes sense to work with a Dallas immigration attorney from the start. Your attorney can help you find the right type of visa – one that can eventually lead to lawful permanent residency and naturalized citizenship – as well as help you apply for a green card and eventually, citizenship.

Your lawyer can also help you prepare for your citizenship interview and the civics test, fill out and file your paperwork with USCIS, and explain each step of the process to you.

Asylum provides safe haven to people who have been persecuted – or who are in danger of being persecuted – in their home countries. It's very similar to refugee status, with the main difference being that you apply for asylum at the U.S. border or from your current location in the U.S., and you apply for refugee status when you're in your home country or a country other than the United States. For many people, the best course of action is to work with a Dallas immigration lawyer who understands asylum and refugee status, and who can help you get the protection you need.

Business immigration can be incredibly complicated. The U.S. government requires companies to meet a stringent set of requirements before hiring foreign workers – but working with a Dallas immigration lawyer can help your company through the process. Business immigration isn't only about hiring foreign workers, though. The government also offers special opportunities to investors who invest a certain amount of capital into U.S. businesses. If you run a company that needs foreign workers, or if you're an investor who wants to get a green card in the U.S., a Dallas immigration lawyer can help ensure you're on the right side of the law.

Do You Need to Talk to a Dallas Immigration Attorney?

If you're considering immigrating to the U.S., you want to sponsor a family member or employee, or you have immigration-related questions, we're here to help. Call our office right now to schedule your free consultation with an experienced, knowledgeable Dallas immigration attorney who can help.