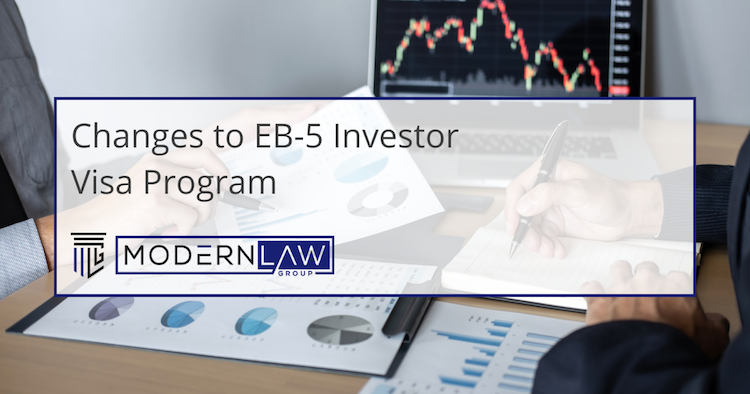 Let’s look into it.

On July 24, 2019, U.S. Citizenship and Immigration Services (USCIS), issued a final regulation on "EB-5 Immigrant Investor Program Modernization" (the "Rule") to improve the EB-5 program in the Federal Register. The Rule takes effect on November 21, 2019.

The rule announces a prominent modification in the EB-5 program, including a significant increase in the investment threshold, and granting exclusive authority to USCIS to determine Targeted Employment Areas (TEAs), as well as for the USCIS to maintain priority dates for petitioners.

The changes imposed by the Rule include the following:

The changes in the requirements for qualifying as a TEA include the following:

The Rule expressly states that the petitions filed before the effective date will be regarded based on the eligibility standards in effect as of the date when the petition was filed. Consequently, investors who both invested and filed their petition prior to November 21 would fall under previous ruled. Investment alone is no longer sufficient.

The Rule further states that there will be no loss of an investor’s immigrant visa priority date if there are any revisions to the project documents that may be required as a result of investor disclosures under the laws due to the changes in the EB-5 program employed by the Rule. It is yet to be seen how USCIS will practice this provision since the agency has kept in place its current policy which creates a loss of priority date if a new petition is required.