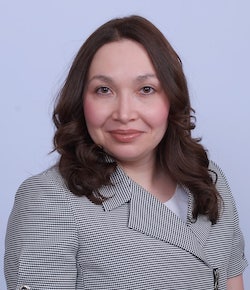 Vilena is dedicated exclusively to practicing U.S. immigration law. She holds a J.D. from Rutgers School of Law and a B.A. from the State University of New York at Binghamton. As an immigrant herself, Vilena understands first-hand the importance of navigating the U.S. immigration process properly.

As a teenager, Vilena won a prestigious scholarship to study in the United States and to promote cultural awareness. As a result of her growing passion for International Development and Human Rights, she has lived and studied in many countries around the world, including Russia, France, the U.K., Turkey, Greece, Bosnia and Herzegovina, Saudi Arabia, Jordan and the U.S. Before turning her passion to Immigration Law she has researched and studied cultures and issues in the field of international human rights at London School of Economics and Political Science.

While in law school she served as a Student Attorney for the Immigrant Justice Law Clinic of Rutgers School of Law. There, she provided legal assistance to low-income immigrants in matters involving asylum, waivers, special immigrant juvenile status and deportation defense. Before joining the Diaspora Law, she worked as an Associate Attorney at a few boutique high volume immigration law firms where she focused on deportation defense and the intersection between criminal and immigration laws.

Rest assured that, as an immigrant and as a parent herself, Vilena will lead you step-by-step through the immigration process with compassion, understanding and perseverance.